Tonganoxie derives its name from a member of the Delaware tribe that once occupied land in what is now Leavenworth County and western Wyandotte County. While the Delaware later relocated to Oklahoma, some Delaware remained here.  European immigrants and US migrants designated Tonganoxie, a remaining Delaware member, the local honorary chief and revered him by naming the town after him.  Magdalena Bury operated a saloon at that time, and many locals wanted to call the town, "Buryville," in her honor,  but Mrs. Bury insisted that they name the town after Chief Tonganoxie. 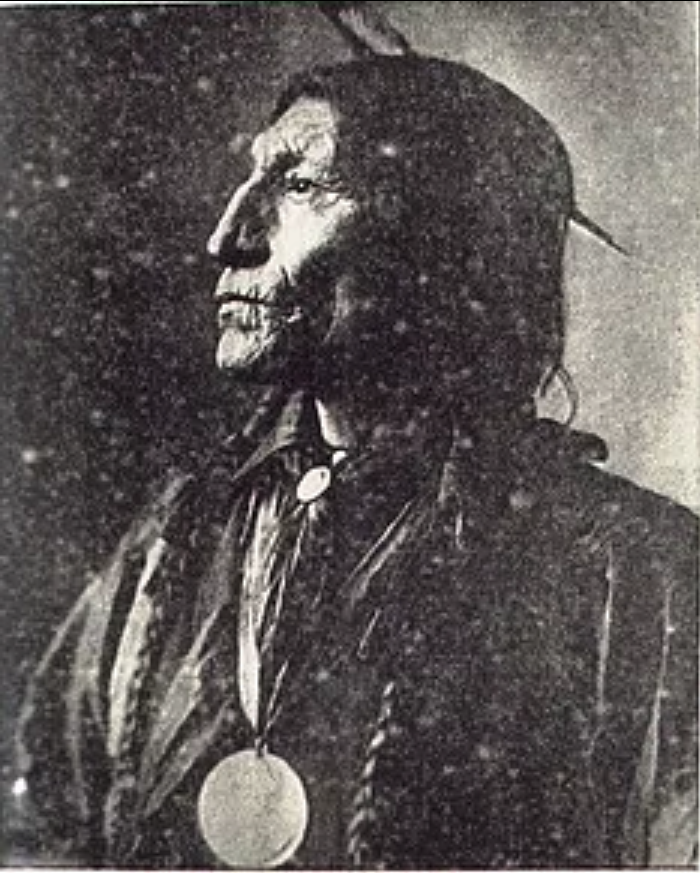 *Recognized by most as Chief Tonganoxie; although no known photo of him exists.

The City of Tonge-Noxie was established on July 21, 1866. After 1900, the spelling was amended to its current form. The first general merchandising store was opened in 1866. Almost all of the early buildings and houses were built of clapboard or rough Native lumber. Each early house had a barn, a cow, a garden, and often chickens.

Many early settlers were foreign born English, Irish, German, Russian, and French, and others migrated from Chicago, Ohio, and Pennsylvania.  They served as blacksmiths, butchers, stonemasons, wine growers, and farmers. Throughout the 1860’s-1870’s many former slaves sought to restart in and around Tonganoxie reaching 25% of the population was African American, and legacy names such as Jarrett and Quarles continue that presence.

The first hotel was built in 1868. Between 1867 and 1900 fifteen hotels were built throughout Tonganoxie. During times of flooding it was often impossible for travelers to make it between Leavenworth and Lawrence.

Molly Myers opened the Myers Hotel in 1889, which ran through 1931.  Her breakfast was known as the finest west of the Mississippi River.  The hotel was on the stage coach route from Kansas City to Denver.  Later, stage coaches were replaced by buses, and the Myers Hotel was a major bus stop.  Among famous people to stay in the hotel were General John J. Pershing, former President (General at the time) Dwight D. Eisenhower, and William Inge, writer of the Broadway play, "Bus Stop," which became a feature film in 1956 starring Marilyn Monroe.  The plot was derived from people that Mr. Inge met and observed in the Myers Hotel.

The “Chief Tonganoxie” swimming pool was built in 1925. The pool was opened by local businessmen and citizens that were hoping to boost the spirit of Tonganoxie. The pool was used until 2007, when it was replaced with a new state-of-the-art water park.

The biggest business Tonganoxie has ever had was established in the 1922. The Franklin Ice Cream Company employed forty or more local men and women at one time, and was a very successful business until 1958. Prior to the Franklins Ice cream company, the building was a canning factory in the 1880’s and in the early 1900’s was; “The Tonganoxie Faultless Condensery.”